When Nhu Lien and Tram Lê decided to open their pho restaurant Pho Lien, they didn’t even consider Montreal’s traditional Chinatown but settled on Bishop Street, in what was once known as the Concordia Ghetto. This area is now often called Montreal’s second Chinatown or New Chinatown.

“There are many pho places in Chinatown that I think would be too much competition,” she explains. 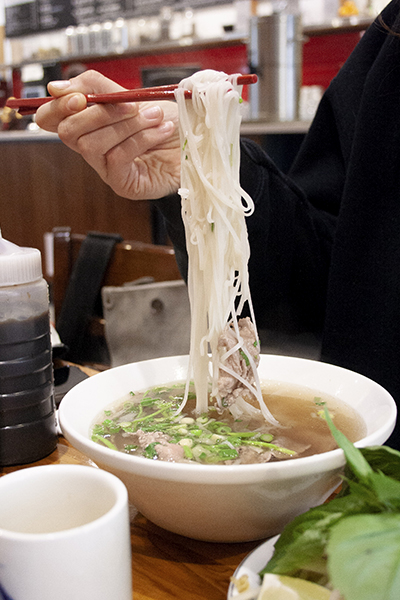 Nhu Lien Le, co-owner and chef of Pho Lien, made this bowl of rice noodles, with beef meat cuts and fresh vegetables of the day. Photo by Kieu-Lan Le.

For Xuening Wu, the owner of the franchise Shuyi Tealicious, it was a no-brainer to open near Concordia rather than Chinatown.

She opened her bubble tea shop on de Maisonneuve because of the number of students in the area. As a former Concordia student herself, she was very comfortable with the demographic.

“You don’t usually see a city with so many students living so central. Most students don’t have cars and this spot is more convenient,” she says.

Wu explains that there are still many people that don’t know about the drink she sells. 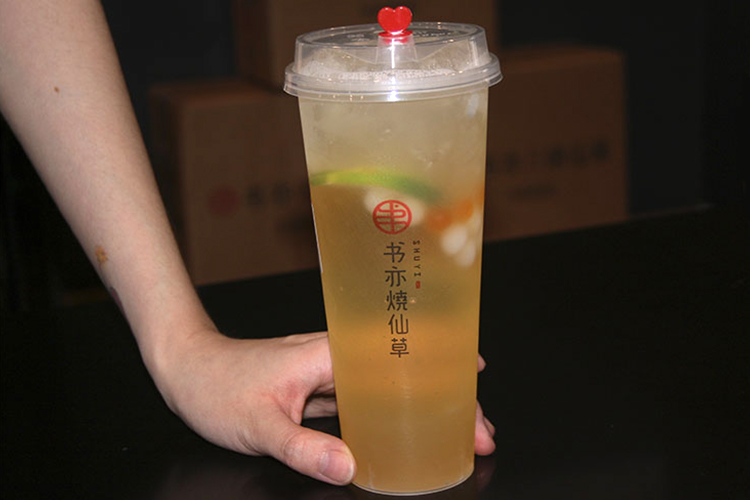 Bubble tea shops are more popular in China than traditional coffee shops. Around the New Chinatown area, there are more and more shops opening to cater for the cravings of the international students. Photo by Kieu-Lan Le.

“Bubble tea is as big as coffee culture in Asia. They have it on every block,” Wu explained that many Asian students miss the accessibility of this drink, so it made a lot of sense to open in an area close to them.

Less than 2.5 kilometres east, Montreal’s original Chinatown has been around since the end of the 19th century, existing as one of the oldest Asian market spaces in Canada.

Manny Tsui, the owner of Oh Dumplings and Steam Box in Chinatown, has been a business owner for almost 20 years. “Chinatown has changed a lot over the years,” she says. 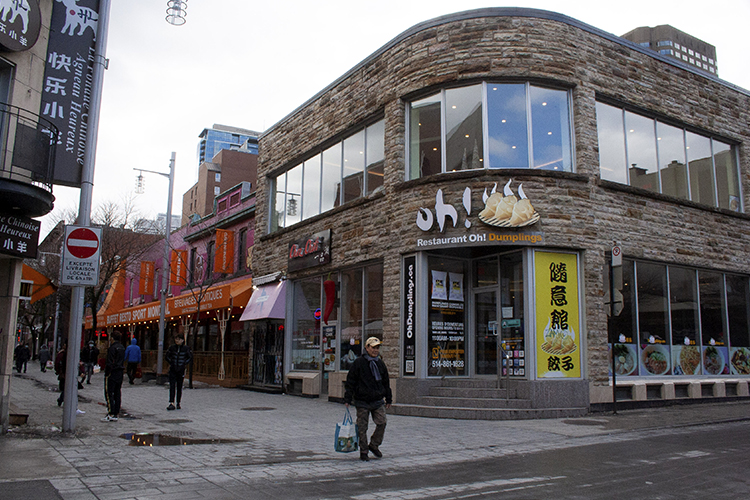 Bubble tea shops are more popular in China than traditional coffee stores. Around the New Chinatown area, there are more and more shops opening to cater for the cravings of the international students. Photo by Kieu-Lan Le.

Tsui believes that the many Asian restaurants being built in the downtown area from Saint-Catherine Street and Guy Street to Atwater Avenue might act as competition.

“We can’t extend Chinatown anymore, unlike downtown where they are able to build lots of different types of Asian restaurants,” says Tsui.

Insight on how to survive in the food business of Montreal’s Chinatown with Manny Tsui, owner of Oh Dumplings and Steam Box. Video by Kieu-Lan Lê.

Tsui hopes that different types of restaurants will start opening up in Chinatown. She thinks that the more diversity in establishments, the more customers they will attract. Right now, she says it is difficult for new businesses to open because restaurants often stay for many years, and if they close, the owners open similar businesses.

Jeal Chao, the owner of Chicha donburi, opened her restaurant two and half years ago on Bishop Street. Invasive construction made it difficult for Chao in her first year of business, but now things are looking up.

Like Wu, she graduated from Concordia. She wanted to open her restaurant in the area she felt she knew quite well.

“At the beginning I thought it would be mostly students, however, now there are many office workers who come during their lunch hour. During the evening, like I expected, it’s mostly students,” says Chao.

She never considered opening in Chinatown.

“If I would move somewhere else, it would be around McGill,” she says, adding that she thinks her restaurant caters more to the student demographic. 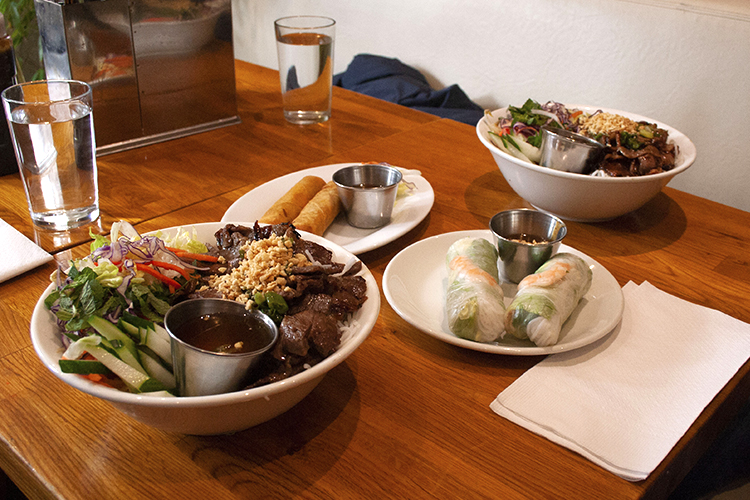 “The habits of people in Chinatown are very different from the students and the customers here. In Chinatown it’s mostly old Chinese immigrants. They have different expectations. They want lower prices and they often expect service to be included,” says Chao.

She sees Chinatown as a place more for her mom’s generation rather than her own.

“For the older generation of Chinese people they would probably expect big tables and shared dishes,” says Chao. “When they go out, it’s like a gathering. They want to share everything together. Over here, we serve dishes for one person. It’s very different.”

Chao’s restaurant sells donburi, which is a rice bowl dish that is served as fast food in Japan. Although Chao is Tawainese, she knows a lot about Japanese culture because Japan colonized Taiwan.

In Japan and Taiwan, donburi acts as a food that people will get on their way home from work if they just want something quick and they don’t feel like cooking a full meal.

Chao says that although there is a market for other Asian restaurants to open in the “New Chinatown,” she says caution should be exercised.

“I have seen a lot of Asians restaurants close down very fast,” she says.

This being said, she is not worried.

“You have to find a way to keep going,” says Chao. “My target market is not just Asian people. I don’t see another donburi shop around here, so as long as a chain doesn’t open, or people don’t start copying, this is my way to succeed.”

Learn a few things about Chinese history in Montreal. Media by Callie Giaccone.