When Brent Delaney took over a lease on a Saint-Henri apartment last November, he was told by the previous tenant that the unit had some plumbing issues, but that they were being taken care of. Excited to be living in a spacious, attached home in the highly sought-after neighbourhood, he gladly signed the papers.

Less than a month later, sewage started backing up into his sinks and shower. “If people [in the surrounding units] were doing their laundry, or if a lot of people ran the water at the same time, everything would come up,” he says.

While this happened, he wasn’t able to use his shower, his toilet, or his kitchen sink.

“Every time I’d come home from work, I’d have to clean up the bathroom, because there was paper and crap—people’s feces—in the bathtub and on the bathroom floor. It was gurgling up through the kitchen sink. There was a horrible smell.” 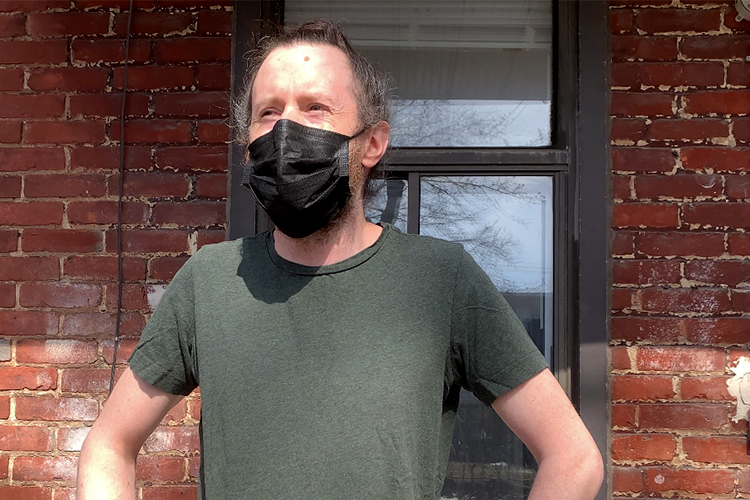 Brent Delaney stands outside of his home. Photo by Maggie Morris.

When he rented the apartment, Delaney was told to create an account on a site called Building Stack, and to submit a “ticket” there if he had any problems. His landlord explained that the ticket would notify them, and that maintenance would be scheduled.

While that sounds good in theory, Delaney found it to be very slow. He had to submit two tickets over the course of over a month, along with photo and video evidence, before workers were sent to repair the issue.

Though Building Stack isn’t the only site of its kind, it seems to be popular amongst Montreal landlords—perhaps because it’s a local company, based in Westmount. The site, and others like it, essentially act as middlemen between tenants and their landlords; if a landlord decides to use the platform to facilitate their property management, tenants are asked to submit all requests for maintenance through it, and sometimes even to pay their rent through it. Though the site offers a few payment options, if the tenant chooses to pay by debit or credit, the site charges a processing fee of a certain percentage of their rent, on top of the cost of rent itself. 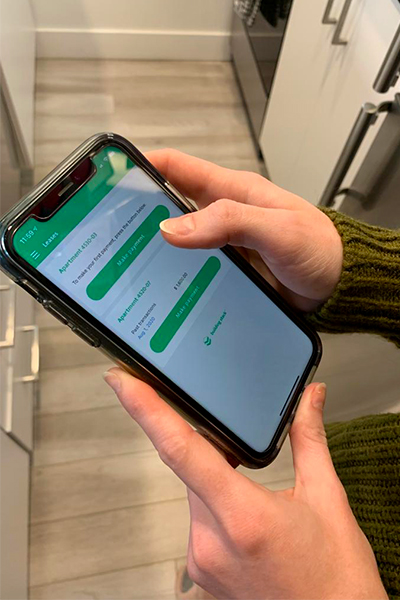 The Building Stack app has the ability to process rent payments on landlords’ behalves. Photo by Maggie Morris.

Delaney acknowledges that there’s a discrepancy between the way tenants view the platform, and the way that landlords do. “I know [Building Stack is] a top-rated company, their reviews are good from their clients—which are the landlords, the property owners,” he says.

Montreal is known as a tenant-friendly Canadian city, in terms of the pricing and availability of housing. According to Rentals.ca the average price of a 1-bedroom rental in Montreal is $1,399, making it the 19th most expensive city in the country, well behind markets like Vancouver and Toronto.

However, the rental market in Montreal is becoming more and more challenging. The rental vacancy rate was at a 15-year-low just over a year ago, although COVID-19 has slowly begun to reverse that effect, with a decline in tourism leading many Airbnb units to change into rental units.

As the rental market in the city has become more challenging to navigate, hurdles like those created by sites like Building Stack are an unwelcome additional complication in the eyes of tenants.

Delaney made use of Projet d’organisation populaire, d’information et de regroupement (POPIR), a group devoted to the housing rights of tenants in the neighbourhoods of Saint-Henri, Little Burgundy and Cote-Saint-Paul.

Mollie Poissant, the director of legal services for POPIR, says that the majority of people who reach out to the organization for help are families, the elderly, and newly-migrated people.

POPIR drafted a legal letter for Delaney: a request for his landlord to refund him 30 per cent of his rent for the months where the plumbing issues took place. The letter was submitted to his landlord in February, but he was still waiting for a response several months later.

“Since it is often management companies and not physical owners who deal with this application, there are often several intermediaries [such as janitors and managers], which complicates communication,” she says. “When there is inaction following several complaints, it is normally suggested to send a formal notice to the owner.” 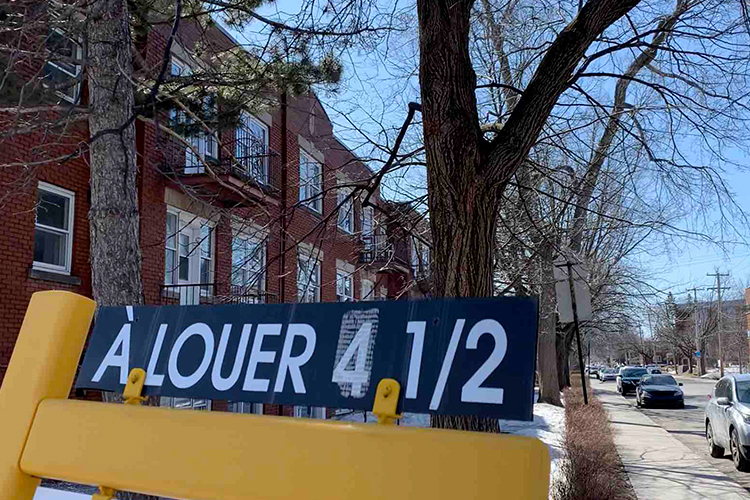 The rental market in Quebec is becoming more and more challenging to navigate. Photo by Simona Rosenfield.

Annie Lapointe, a representative for the Quebec Landlords Association (QLA), says that technologies like Building Stack are becoming more common because they are very practical.

“It’s pretty recent that we [began to] use technology between tenants and landlords. I think that during the pandemic it has been more and more used, and it has been very useful,” she says.

Lapointe noted that technologies used to manage dwellings should help, and not hinder, communications between landlords and their tenants. But she notes that landlords, too, sometimes face communication issues.

She adds, however, that platforms like Building Stack should be used responsibly by both parties, saying “it shouldn’t be harder to reach one or the other if you use that kind of app.”

Test your knowledge of rental laws in Quebec! Media by Maggie Morris.

Delaney would agree; though he would prefer it if his landlord would completely move away from using the app. “I would just like a more personal approach, I’d love to be able to pick up the phone and call them, and have them answer or call me back,” he says.

In the meantime, he hopes that communication with his landlord will become easier, and that no further health hazards will take place in his home. After all, he says, that’s all that is expected of a proprietor.

“There’s supposed to be an agreement in place. I pay the rent on the first of the month, I take good care of the place, I abide by the contract. It’d be nice for them to hold up their end,” he says.