It felt like Miriam Lucy Jaramillo’s entire world was collapsing as her homeland, Mexico, was no longer safe.

In 2020 alone, 3,723 women in the country were murdered. Only 940 out of those femicides were thoroughly investigated.

According to an Amnesty International Report, it’s become so violent where at least ten women are killed every day across Mexico’s 32 states.

This string of femicides frightened Jaramillo and left her always looking over her shoulder.

Jaramillo wasn’t sure of where life would take her, but her father’s words, during a heart-to-heart, shook her to the core: “I would prefer having you far away and being safe than close and in danger.”

His words brought tears to her eyes.

That was the final push Jaramillo needed. She withdrew from university, where she was majoring in Marketing and started the paperwork to get a student visa and settle in Montreal. 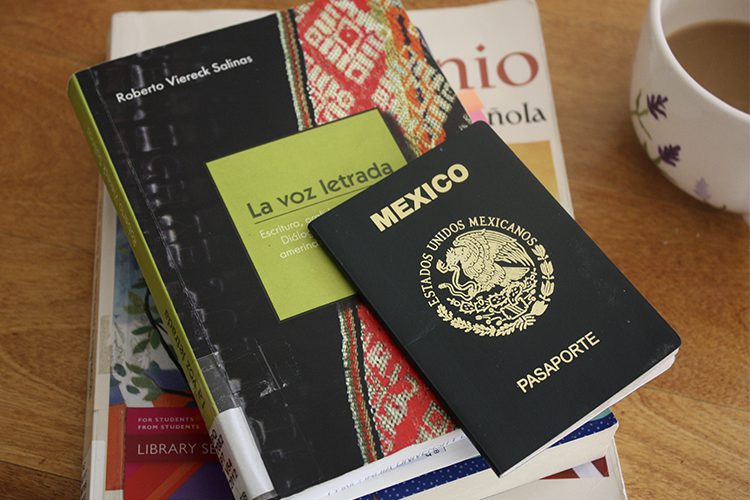 Jaramillo chose Montreal due to its multiculturalism and the vibrant Latin American community.

“I looked at numerous options. Canada’s immigration process was the easiest and less expensive, especially as a student. I felt drawn to Montreal, specifically, because of its diversity and the big Mexican community here,” she says.

Jaramillo is glad that Montreal is her home now:

“The quality of life here is amazing. I love being able to feel safe as a woman,” she adds.

Jaramillo wasn’t the only one who called Montreal home, getting settled during the pandemic. In 2021, Canada welcomed over 400,000 immigrants. 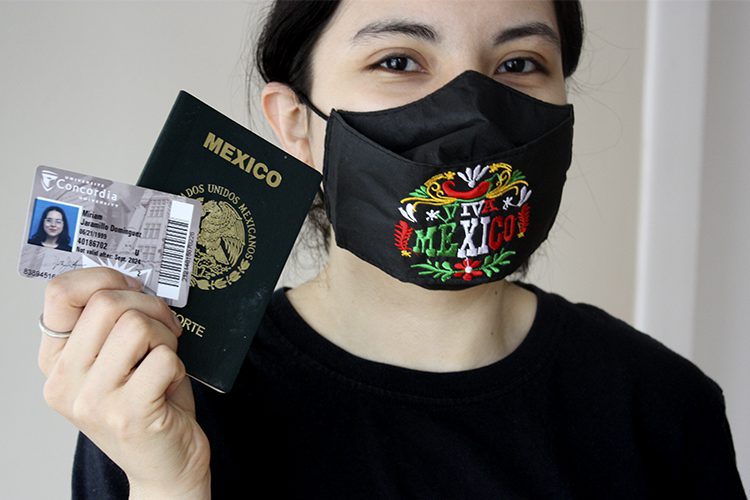 Close-up of Jaramillo wearing one of her Mexican-themed masks, showcasing pride in her heritage, with her passport and student ID in hand. Photo by Camila Caridad Rivas.

It was quite a milestone as it’s the largest amount of immigrants to ever arrive in one year.

Unlike other established groups that now call Montreal home such as the Greek and Italian communities, Latin American migration to Quebec is relatively new.

Despite being a vibrant community, Latinos are often left out of data, with the last Stats Canada profile being from 2007. 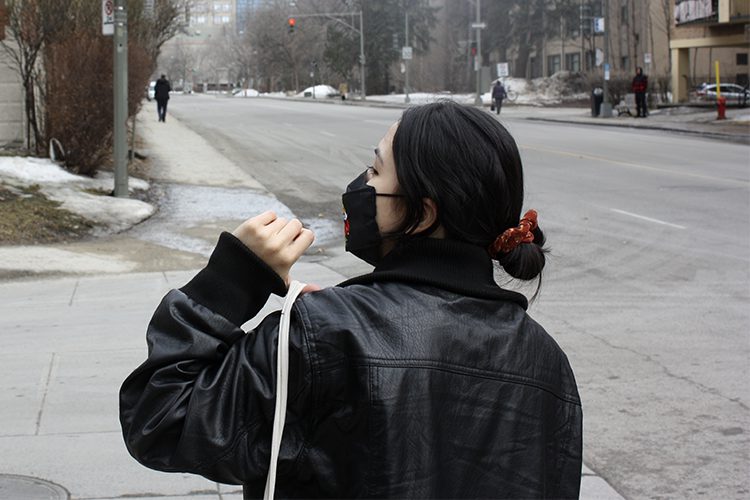 Jaramillo waiting to cross the street to run some errands. Photo by Camila Caridad Rivas.

“We’re a small community compared to other established groups despite having a big presence in Quebec,” he says. “Our presence is important in the arts and entertainment. We have certain cultural proximity with Quebeckers, as they celebrate our culture and love Spanish. We are a well-integrated community but still invisible because there isn’t a strong anti-Latino movement.”

However, Armony highlights that there can be discrimination with stereotypes where Latinos are painted as being partiers and unreliable.

Armony established the Laboratoire Interdisciplinaire d’études Latino-américaines (LIELA) that conducted the first-ever survey focused on Latin Americans in Quebec, painting a portrait of this invisible population.

The 2017 survey used data from Canada’s 2016 census and their own datasets, showing that 27 per cent of Canada’s Latin American community lives in Quebec. The survey also saw a growth in the number of Venezuelan, Mexican, Argentine and Brazilian migrants in the province.

The growth of the Venezuelan and Mexican communities is highlighted through Latin American restaurants, where these migrants may be able to find a sense of comfort and home. Video by Jorge Gomez Estay.

Immigration is one step but integrating is another important facet.

This is where newcomer services come in, like the Centre d’aide aux familles latino américaines (CAFLA), founded in 2003.

For Cecilia Escamilla, CAFLA president and founder, the issue isn’t a lack of centers and organizations to aid these newcomers but rather a lack of economic support:

“There needs to be better financial aid that is properly adjusted for each organization’s mission. Many of them aren’t able to stay afloat and they lose staff, because they are paid [basically] nothing for their work,” she says.

Escamilla stresses that these organizations are incredibly vital:

“The very strong bonds and sense of trust created between the organization and those it serves are so important. It is also a bridge between the community and the new city, which has become their new home,” she says.

There isn’t a designated region of Montreal for Latin Americans yet, such as Little Italy or Little Portugal. However, there is still a big presence of restaurants and festivals like LatinArte.

Escamilla also adds that the system in place is hard to navigate and is often slow:

“I have seen cases of refugees waiting for years to get their status. I personally believe that any person that migrates here needs to have a work permit as soon as they arrive,” she says. “This makes for people to remain stuck on social welfare, it needs to be a short-term aid, not a long term solution.” says Escamilla. 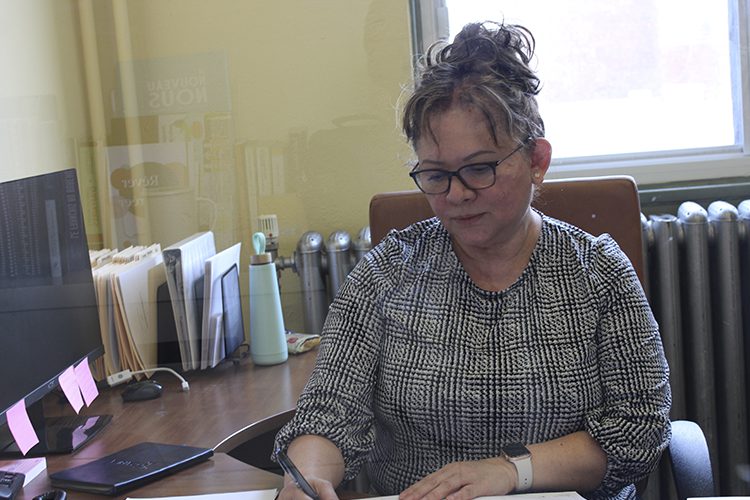 Cecilia Escamilla at her office within the CAFLA. The center offers services like educational aid for children from ages 0 to 17 with a tutor program in place, psychological help, online French practice activities and aiding families with navigating the law, through workshops and completing paperwork. Photo by Jorge Gomez Estay.

With the federal government continuing to invest in its immigration infrastructure, Armony is confident that this trend of growth will remain for many years to come.

“In the next few years, especially after the pandemic, the federal government and each province, including Quebec, will promote immigration at a larger scale,” he says. “They will channel those efforts on Latin America, as it’s perceived to be a very good migratory space. Latinos are very appreciated as immigrants and workers.”

Let’s see how much you know about Montreal’s Latin American community! Media by Camila Caridad Rivas.